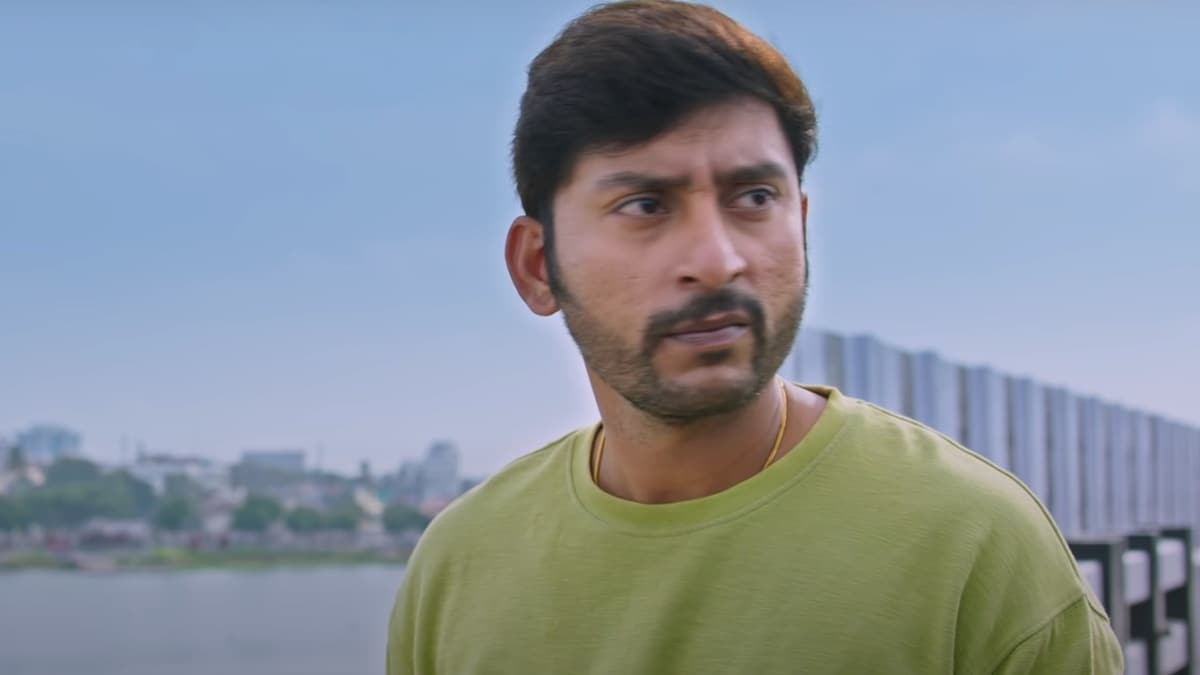 Veetla Vishesham is set to premiere July 15 on Zee5, nearly a month after it opened in cinemas on June 17. It is the Tamil remake of the Ayushmann Khurrana-led Hindi comedy drama Badhaai Ho. The streaming platform made the official announcement with a tweet that read: “#VeetlaVishesham is premiering on #Zee5 Premium this July 15th. Launching the trailer today at 5pm on Zee5, stay tuned.” Zee5 also shared the official motion poster of Veetla Vishesham, featuring leading man RJ Balaji with his reel family, to give fans an idea of what is in store for them. The poster, however, didn’t clarify when Veetla Vishesham will drop on the platform. Zee5 originals usually drop around 12am but Veetla Vishesham is not an “original”.

Besides Balaji, the Veetla Vishesham cast includes Sathyaraj (Baahubali 2: The Conclusion), Urvashi (Putham Pudhu Kaalai), Aparna Balamurali (Theethum Nandrum), and the late K.P.A.C. Lalitha (Bheeshma Parvam). The movie was directed by RJ Balaji and NJ Saravanan off a screenplay the former wrote with “friends”. Boney Kapoor and Raahul serve as the producers for Veetla Vishesham.

Similar to Badhaai Ho, Veetla Vishesham revolves around a 26-year-old teacher who finds himself in an unusual situation when his parents get pregnant following an intimate moment. The movie received positive reviews with critics praising the sensitive screenplay and engaging performances. Veetla Vishesham collected nearly Rs. 9 crore at the worldwide box office on a budget of Rs. 7 crore to emerge as a commercial success.

For Kapoor, Veetla Vishesham was his fourth Tamil-language feature film as producer after the courtroom drama Nerkonda Paarvai, the action-thriller Valimai,and the Udhayanidhi Stalin-led poltical drama Nenjuku Needhi, a remake of Ayushmann Khurana’s Article 15. He is set to follow up Veetla Vishesham with the actioner AK 61.

For Balaji, Veetla Vishesham was his first release the fantasy drama Mookuthi Amman, which debuted on Disney+ Hotstar in 2020. Balaji currently has the delayed comedy drama Yung Mung Sung in his kitty.

Veetla Vishesham is out July 15 on Zee5.

WhatsApp Reactions Now Let You Use Any Emoji, Feature Rolling Out Globally