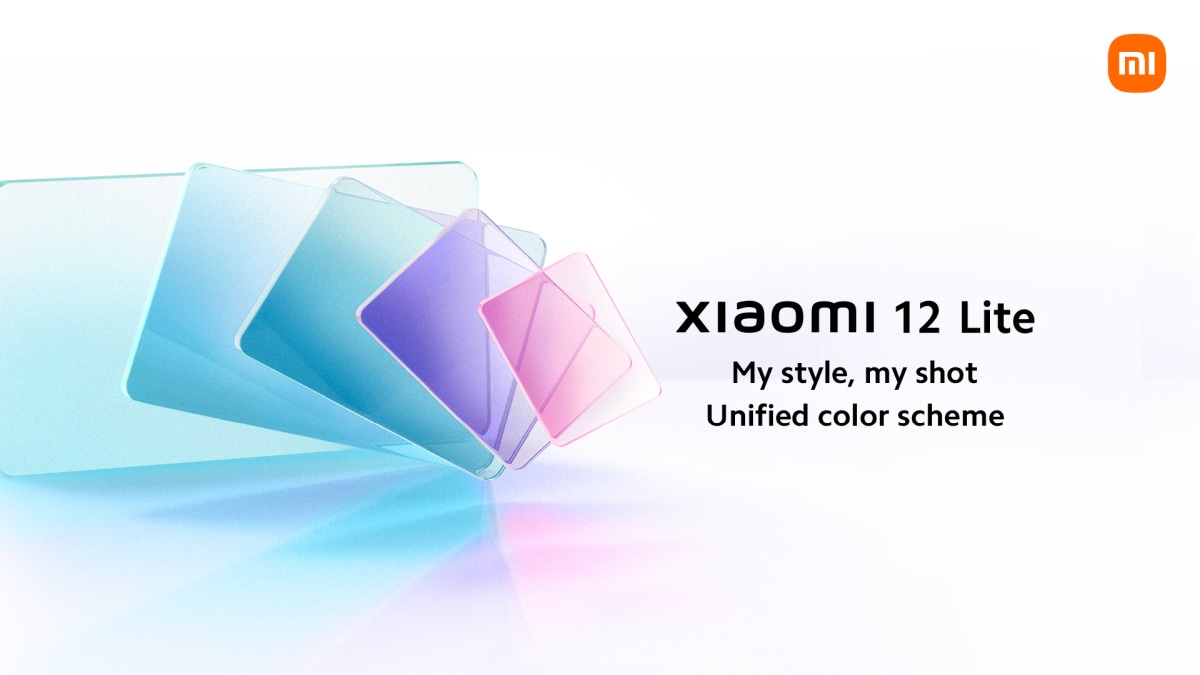 Xiaomi 12 Lite will come in at least four colour variant — Green, Purple, Pink, and Silver — as per a recent tweet by the Chinese tech company. The global launch of the handset was teased by Xiaomi earlier this week. The launch date of the handset has not been revealed yet, but the teaser had hinted at Green and Pink colour options for the Xiaomi 12 Lite. The Chinese smartphone company also started accepting pre-reservations for the new handset in Azerbaijan earlier this month.

A new series of tweets by Xiaomi has indicated that the Xiaomi 12 Lite will come in at least four colour variants — Green, Purple, Pink, and Silver. The tweets also mention that the flagship smartphone from Xiaomi will come with ‘studio-level camera’ and ‘featherweight slim design’ among others. To recall, the global launch of the handset was teased by Xiaomi earlier this week. The launch date of the smartphone has not been announced yet.

Xiaomi also started accepting pre-reservations for the 12 Lite in Azerbaijan earlier this month. It was reportedly priced at AZM 999 (roughly Rs. 46,500) for the 8GB of RAM and 128GB storage variant.

The Xiaomi 12 Lite 5G listing was recently spotted on the Orange Espana site. The Xiaomi handset’s variant with 8GB of RAM and 128GB of onboard storage has been tipped to carry a price tag of EUR 506 (roughly Rs. 41,000). The listing only includes the Black colour model.

As per the Orange Espana listing, the Xiaomi 12 Lite 5G will sport a 6.55-inch AMOLED display with a full-HD+ (1,080×2,400 pixels) resolution and a 120Hz refresh rate. It is said to be feature a Qualcomm Snapdragon 778G SoC paired with Adreno 642L GPU. The triple rear camera setup of the Xiaomi 12 Lite with LED flash is supposedly headlined by a 108-megapixel primary sensor. There could also be a 32-megapixel front-facing shooter.

The smartphone from Xiaomi is expected to pack a 4,300mAh battery and support 67W fast charging. It is said to feature only a USB Type-C port. For connectivity, the handset could support Bluetooth, NFC, and Wi-Fi 6. The Xiaomi 12 Lite 5G is said to measure 159.30×73.70×7.29mm and weigh around 173g. The handset may pack Dolby Atmos-certified dual stereo speakers. The 12 Lite is also expected to be equipped with a multi-layer cooling system for efficient heat dissipation.