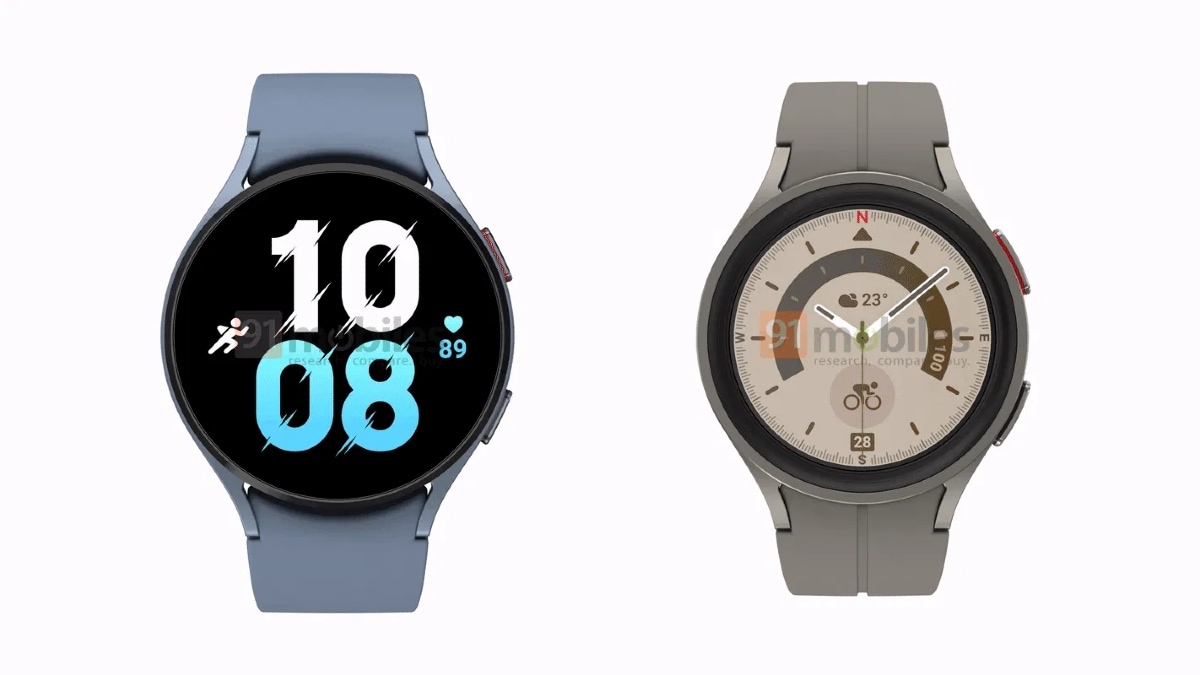 Samsung Galaxy Watch 5 series high-resolution renders have been leaked suggesting that the smartwatch will be launched in two models. The rumoured wearable from Samsung is said to come in multiple variants and colour options. The names and colour options of the wearable have been leaked in the past as well. Recently, the smartwatch was spotted on the Bureau of Indian Standards (BIS) database indicating that there will be a total of six models in the lineup. They are expected to launch at the alleged Galaxy Unpacked event reported to be held next month.

The second model of the smartwatch could be simply called the Galaxy Watch 5. It is said to have a codename ‘Heart’ and corresponds to last year’s Galaxy Watch 4. It is expected to ship in either LTE or Bluetooth variants in two different sizes. Both are tipped to run wearOS 3.5 skin based on One UI Watch 4.5.