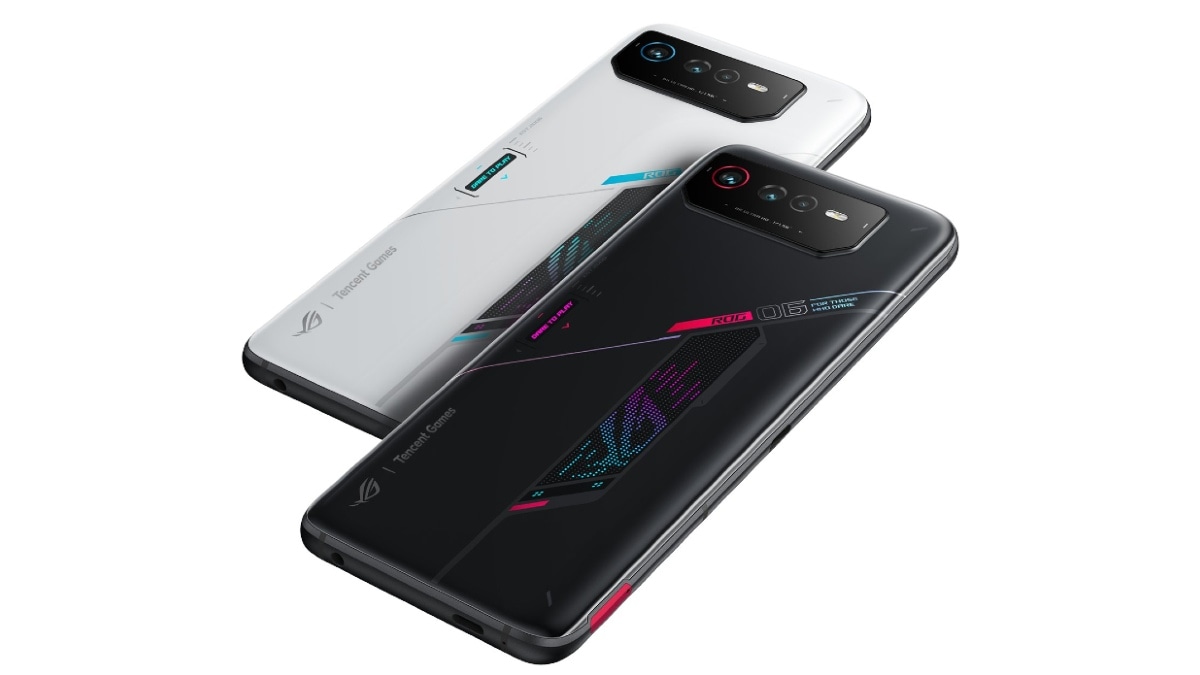 Asus ROG Phone 6 is all set to hit the Indian market on July 5, the Taiwan-based company confirmed on Saturday. The new gaming-focussed phone will be unveiled in the country alongside the global launch event and the virtual event will be held on Asus’ official YouTube channel. The Asus ROG Phone 6 is teased to be powered by the Qualcomm Snapdragon 8+ Gen 1 SoC and it will go on sale in the country via Flipkart. The new model will succeed the ROG Phone 5 that debuted last year. In addition, renders of the phone have leaked online, showing the expected design of the phone in detail, hinting at some of its possible features.

The new Asus ROG Phone 6 will be launched in India on July 5 at 5:20pm IST at a virtual event streamed live via the company’s YouTube channel. The India launch will happen alongside the global launch. The Asus ROG Phone 6 is teased to pack Snapdragon 8+ Gen 1 SoC under the hood and is confirmed to go on sale via Flipkart in the country. However, the price details of the upcoming device are not known at this moment.

Prominent tipster Evan Blass (@evleaks) posted alleged renders of the Asus ROG Phone 6 on Twitter. The renders show the handset in black and white colour options and suggest a design similar to previous ROG series smartphones. It is shown to have a triple rear camera unit, arranged in the upper left corner of the device alongside an LED flash. There is a ROG logo and Tencent branding on the back indicating the company’s tie-up with the Chinese gaming company. Further, the power button and the volume rockers are seen on the left spine of the smartphone.

Alongside the gaming phone, Asus is also expected to introduce the ROG Phone 6 Pro. The vanilla Asus ROG Phone 6 is expected to feature a 6.78-inch AMOLED display. Past leaks suggested up to 18GB of RAM and a maximum of 512GB onboard storage on the device. Other tipped specifications include a 64-megapixel main rear sensor, a 12-megapixel front camera, a 6,000mAh battery, and an in-display fingerprint sensor.