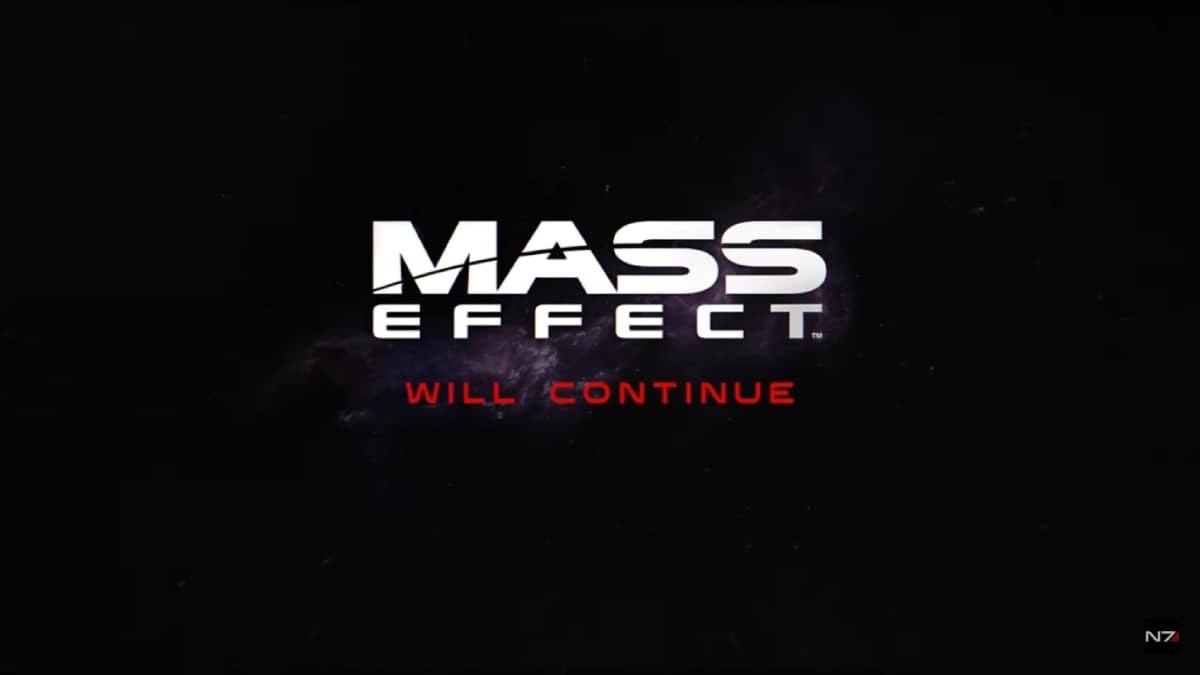 The Game Awards 2020 celebrated the best video games of the year and also made some exciting announcements, ranging from much-awaited sequels to worthwhile additions to popular games. Owing to the ongoing coronavirus-induced pandemic, the event was hosted virtually this year. The most notable among new announcements include an upcoming Mass Effect title, a new Among Us map, and two legendary characters to be introduced to Super Smash Bros. Ultimate and Fortnite. Take a look at some of the most notable announcements made at The Game Awards.

“Mass Effect will continue” – the new teaser for a possible new chapter in the popular BioWare sci-fi action adventure doesn’t reveal much except these words towards the end. However, it’s enough to get fans excited for the next chapter in the space saga. The teaser video shows Liara (or someone strongly resembling her), one of the recurring characters from the series. The teaser doesn’t even announce a release window for the game, but developer BioWare tweeted via the official @masseffect handle that a new Mass Effect is in “early production.”

As if a new Mass Effect wasn’t enough, developer BioWare also teased an instalment to yet another hugely popular series – Dragon Age. While the new trailer didn’t showcase actual gameplay, it did show the return of some series favourites, including everyone’s favourite mage, Solas. Just like Mass Effect, the trailer didn’t confirm the name of the upcoming chapter or even the release window or compatible platforms.

Among Us gets a new map

The Airship, the new map on Among Us will now let players deceive and backstab each other aboard, well, an airship. The new map is massive, with several floors, contraptions, and tasks. For some reason, video game journalist Geoff Keighley will be featured as a mask in the game. The new update will arrive sometime in early 2021.

Nintendo has been known not to hold back when it comes to adding new characters to Super Smash Bros. Ultimate. From Mario to Pac-Man, from Pikachu to Ryu, the fighting title already has an impressive roster of characters to choose from. Now, iconic Final Fantasy VII baddie Sephiroth joins the fray, as he is revealed to be a new fighter in the franchise, slated to arrive this month. We can’t wait to see how Sephiroth’s masanume sword fares against Mario’s super-powered stomp!

Speaking of character additions, Halo’s iconic gun-toting hero Master Chief is now available for purchase as a skin in Fortnite. The Walking Dead fans has a reason to rejoice as well, as series favourites Daryl and Michonne will join the roster on December 16.

Chainswords, lascannons, and vile monsters – Warhammer 40,000: Darktide’s new gameplay trailer promises exactly what we hoped for from the upcoming co-op action survival shooter. Developed by Fatshark, the game is slated to release exclusively on Windows PC and Xbox Series S/X in the coming year.

Forza Horizon 4 gets a Cyberpunk 2077 car

The crossover no one asked for, but still is pretty exciting. Forza Horizon 4 will be adding a shiny new Quadra Turbo-R V-TECH vehicle from the recently released action-RPG, Cyberpunk 2077. It will be available for free within the game starting today.

Fast and Furious star Vin Diesel will take on menacing dinosaurs in the sequel to 2017’s Ark: Survival Evolved. The cinematic trailer for Ark 2 sets the mood for the upcoming game that will revolve around two warring tribes as they try to survive against prehistoric monsters. The game will also be accompanied by an animate series featuring voices of Michelle Yeoh, Jeffrey Wright, Elliot Page, Russel Crowe, Gerald Butler, and more, apart from Diesel. More details are expected to be announced soon.

Elder Scrolls Online is set to get a new chapter called Gates of Oblivion sometime in 2021. The cinematic trailer doesn’t reveal much, except set the mood for the upcoming instalment that stays in line with the previous chapters in Bethesda Softworks’ expansive online RPG. Further details are expected to be announced at a global reveal event on January 21.

The shotgun-toting demon slayer Ash Williams is set to hit the gaming world with a Evil Dead: The Game. Based on the eponymous movies and TV series, the game is a third-person shooter that will allow co-op gameplay with four distinct characters and a whole lot of deadly weapons, including Ash’s gauntlet, chainsaw, and even a broomstick! The PlayStation-exclusive title will launch on both PS4 and PS5 in 2021.

Fall Guys gets a third season

Fall Guys, the fun battle royale survival title that tasted great popularity during the lockdown, is set to get a third season, bringing in some winter-themed content to keep up with the holiday season. Launching on December 15, the new season will add a handful of new levels and several fun costumes.

Capcom dropped a new trailer for its upcoming action RPG, slated to release on March 26, 2021, on Nintendo Switch. While the trailer showed off some impressive new monsters, the developers announced that the game will get a demo in January 2021. All Monster Hunter titles usually get a demo before actual release, and it would be interesting to see which creatures end up getting featured in the early demo.

New maps, characters, weapons, and more were unveiled by Activision for Call of Duty Black Ops: Warzone in its season one trailer. The sleek trailer does a good job of showcasing the brand new map – Rebirth Island – topped off with an explosive rendition of Black Sabbath’s ‘War Pigs’ playing in the background. The season one update will be available on December 16 across all platforms.

Turtle Rock Studios, the developers behind the popular zombie survival shooter Left 4 Dead, announced a new co-op survival shooter at The Game Awards. Judging by the cinematic trailer, Back 4 Blood appears to be in the lines of the Left 4 Dead franchise, complete with hordes of zombies, powerful guns, and unique characters to play with.

Apart from that, Sony also unveiled a trailer for the much-awaited PS5 shooter, Returnal. While maintaining classic action-shooter gameplay, the title promises to blend sci-fi and psychological horror in a unique mix that could set the game apart from other titles in the coming year. Returnal is set to launch on March 19, 2021.

Just Cause, the popular sandbox action adventure, is set to get a mobile game of its own for the first time, that promises multiplayer and co-op mode as well. Lastly, Microsoft announced that Flight Simulator will be coming to Xbox Series S/X in summer 2021 with the same level of depth as its PC version. It will be interesting to see how the game, that taxes even the most high-end PCs, fares on the next-gen console.