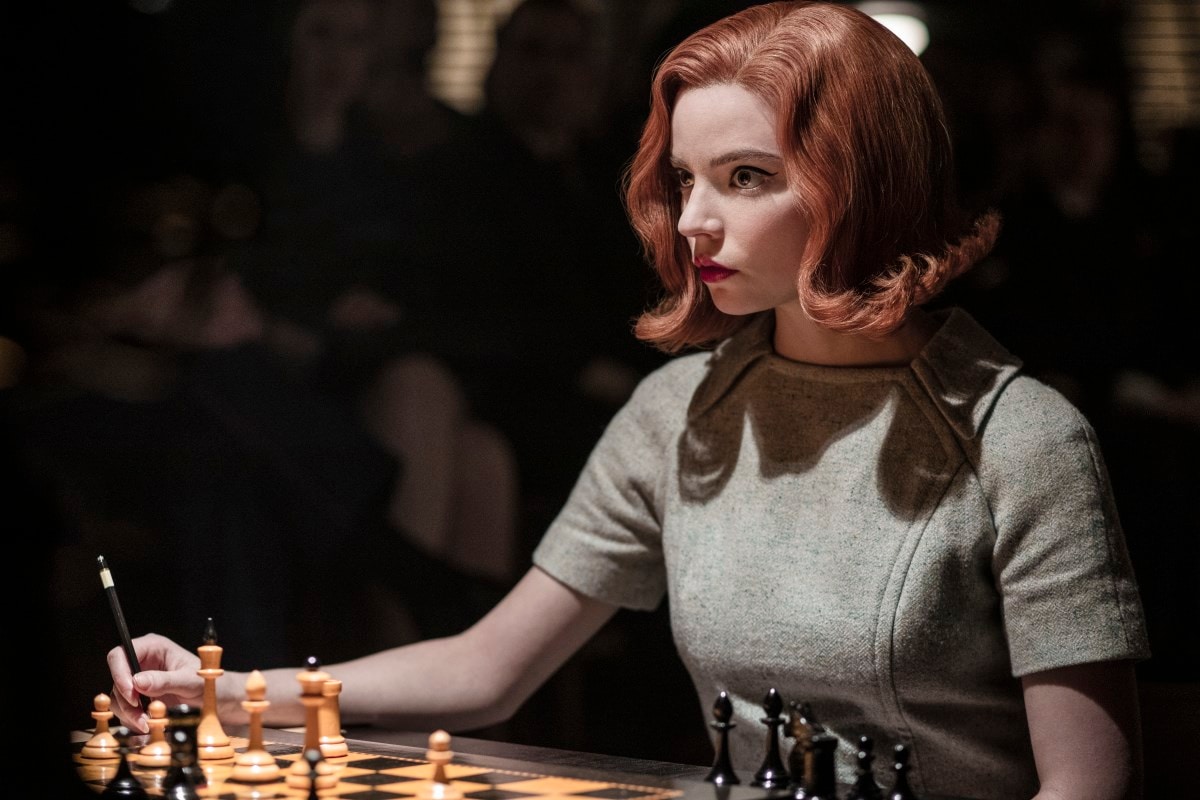 Of course, Chess.com’s Beth Harmon bots don’t have any of Harmon’s personality. She won’t randomly get up in the middle of matches and start walking away. Nor will she be the impulsive player that The Queen’s Gambit keeps calling her. Or show up late because she’s too drunk and asleep in a bathtub. Most of that is a good thing when you’re focused on playing chess, but don’t expect it to feel like playing against Beth Harmon. It’s not like Beth is a real-life figure whose matches are on the record, and Chess.com doesn’t say if it studied her moves and techniques from the Netflix series. 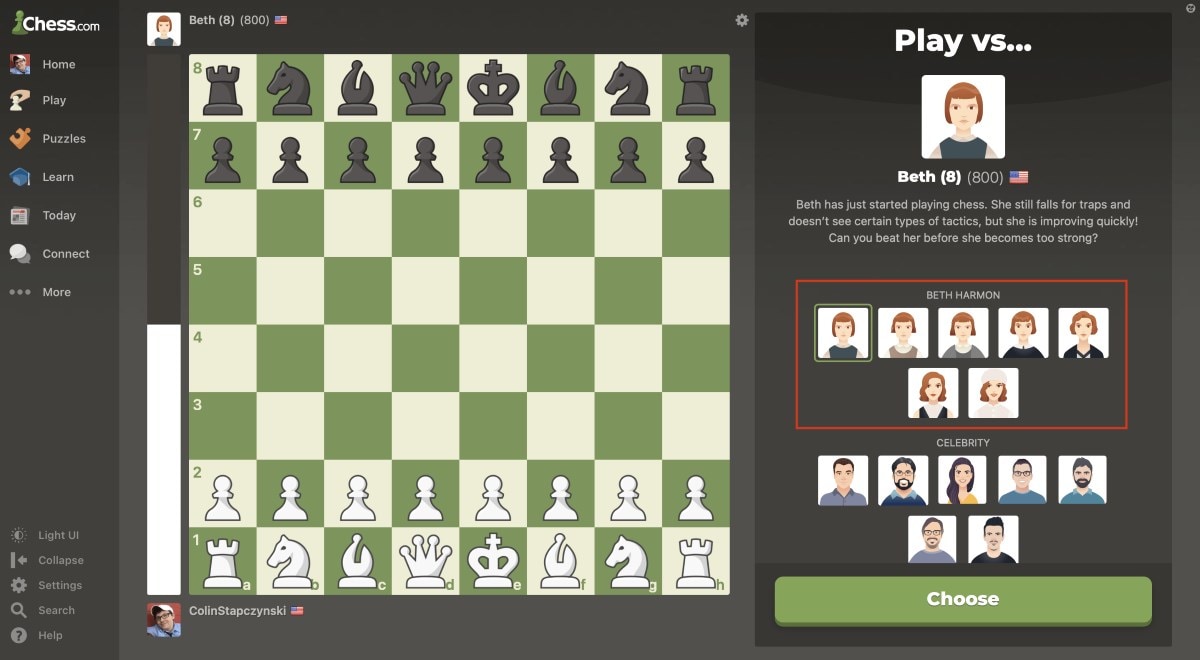 Still, it’s a fun way to fuel your love for the show and the game. Since the release of The Queen’s Gambit in late October on Netflix, interest in chess has skyrocketed. The game was already growing in popularity thanks to COVID-19, with people forced to spend more time inside their homes. And The Queen’s Gambit added to that, with Chess.com claiming they had seen 3.2 million new members as of early December, with 2.5 million coming in the first month. Netflix said The Queen’s Gambit is its most-watched limited series of all time, with 62 million members tuning in the first four weeks.

Created by Scott Frank and Allan Scott, and based on Walter Tevis’ 1983 novel, The Queen’s Gambit follows a young orphan girl Beth Harmon from mid-1950s, as she grows into the world’s greatest chess player in the 1960s while struggling with personal problems of her own making or those around her. Anya Taylor-Joy starred as the adult Beth, with The Queen’s Gambit also involving the likes of Bill Camp, Marielle Heller, Harry Melling, Jacob Fortune-Lloyd, Thomas Brodie-Sangster, Moses Ingram, Christiane Seidel, and Marcin Dorociński.

The Queen’s Gambit is streaming on Netflix. You can play chess with Beth Harmon on Chess.com.

OnePlus 9 Pro Could Come With Official IP68 Rating, OnePlus 9 and OnePlus 9E May Not

PlayStation Plus December 2022 Free Games: Mass Effect Legendary Edition, Biomutant, and Divine Knockout
Best Smartwatches and Fitness Wearables of 2022
Hackers Sign Android Malware Apps with Compromised Platform Certificates
Meta Threatens to Remove News From Platform if US Congress Passes Media Bill
Sam Bankman-Fried could face years in prison over FTX’s $32 billion meltdown — if the U.S. ever gets around to arresting him