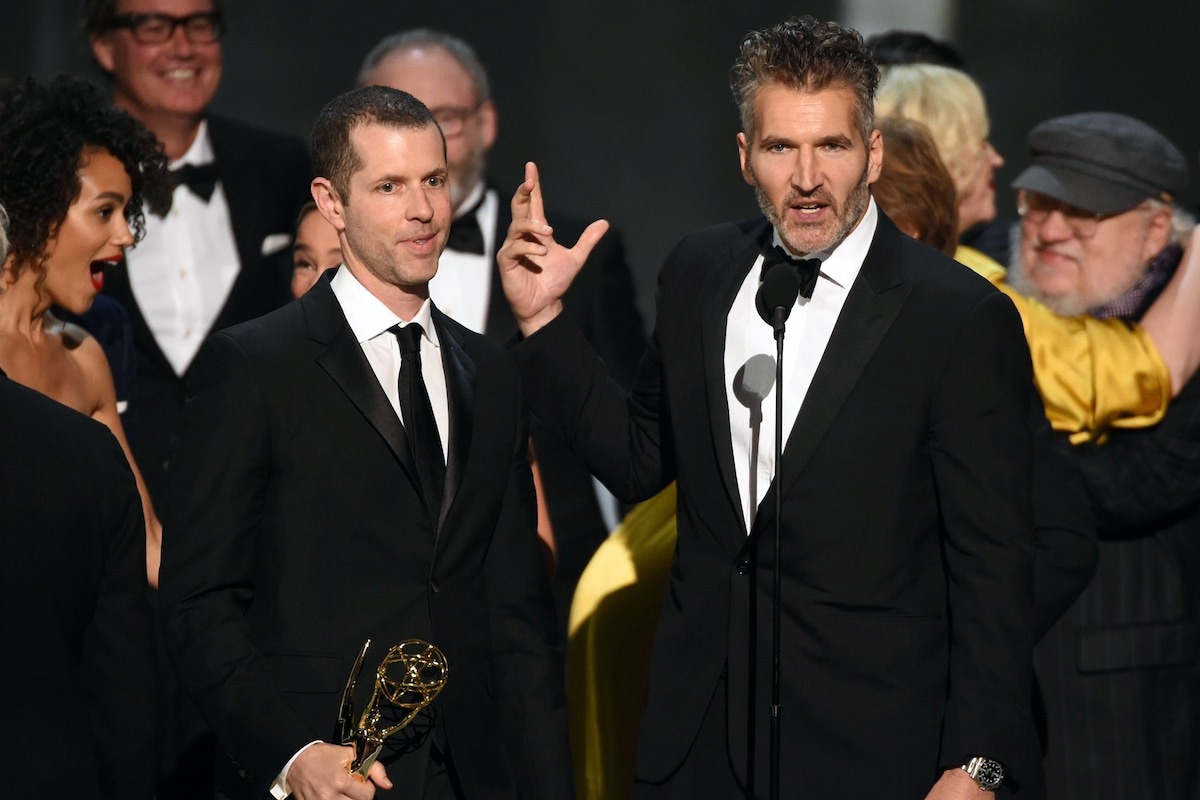 Netflix has announced an English-language adaptation of Chinese author Liu Cixin’s The Three-Body Problem trilogy, also known as Remembrance of Earth’s Past. It’s being made by Game of Thrones creators David Benioff and D.B. Weiss, along with Star Wars: The Last Jedi writer-director Rian Johnson. Benioff and Weiss will write The Three-Body Problem for Netflix with Alexander Woo (The Terror: Infamy, True Blood), and will serve as executive producers Johnson. Cixin will also serve as a consulting producer on the Netflix series, in addition to Ken Liu, who worked on the novels’ English translation.

The Three-Body Problem, the story of humanity’s first contact with an alien civilization inspired by @cixinliu‘s renowned novel, will be adapted as a Netflix series from David Benioff, D.B. Weiss and Alexander Woo. pic.twitter.com/Dily05j2Vw

The Three-Body Problem trilogy becomes the first project that stems from Benioff and Weiss’ deal at Netflix, reportedly worth $200 million (about Rs. 1,460 crores), announced in August last year, following which they quit the Star Wars universe. The Game of Thrones duo are going from one big show (Game of Thrones) — arguably one of the biggest of all time — to another, given the vast space time expanse of the story, which goes from the 1960s to the end of time, and makes use of flashbacks and flashforwards to depict its doomsday tale of humans encountering aliens known as the Trisolarans.

First published in Mandarin in 2008, and translated into English in 2014, The Three-Body Problem won the Hugo Award for Best Novel. A sequel, The Dark Forest, followed in 2008 in Mandarin and reached English readers in 2015. The third and final book, Death’s End, was published in 2010 in China and 2016 elsewhere. Death’s End won the Locus Award for Best Sci-Fi Novel and was a finalist at the Hugo Awards.

“I have the greatest respect for and faith in the creative team adapting The Three-Body Problem for television audiences,” Cixin said in a prepared statement. “I set out to tell a story that transcends time and the confines of nations, cultures and races; one that compels us to consider the fate of humankind as a whole. It is a great honour as an author to see this unique sci-fi concept travel and gain fandom across the globe and I am excited for new and existing fans all over the world to discover the story on Netflix.”

Benioff and Weiss added in a joint statement: “Liu Cixin’s trilogy is the most ambitious science-fiction series we’ve read, taking readers on a journey from the 1960s until the end of time, from life on our pale blue dot to the distant fringes of the universe. We look forward to spending the next years of our lives bringing this to life for audiences around the world.”

Can Netflix force Bollywood to reinvent itself? We discussed this on Orbital, our weekly technology podcast, which you can subscribe to via Apple Podcasts or RSS. You can also download the episode or just hit the play button below.

Realme TechLife Watch R100 With Bluetooth Calling Launched in India: Here’s All You Need to Know
Instagram Testing New Options for Users to Verify Their Age
Mark Zuckerberg envisions a billion people in the metaverse spending hundreds of dollars each
Internet Shutdowns Dangerous for Democracies, Should Be Stopped Immediately, Says UN
Musk says Tesla’s factories in Berlin and Texas are ‘gigantic money furnaces’